Outside of the studio Garry is an established Sound Designer for a wide range of Theatre Productions domestically and internationally.

Below is an excerpt of past projects.

Garry Boyle is a Recording Engineer, Producer and Sound Designer based in Scotland.

After graduating from Edinburgh Napier University's Popular Music course in 2008 he started freelancing as a Recording Engineer and Producer in a mixture of Recording Studios around the central belt of Scotland but most notably, Castlesound Studio in Pencaitland.

In 2014 he opened a new high-end recording facility, Slate Room Studios housed within the Castlesound facility, where he is now permanently based.

Garry has worked on a wide range of music projects with bands such as The Elephant Sessions, The Katet, Blue Rose Code, Dante, Broken Records, Stanley Odd, Federation of the Disco Pimp, Trio HLK, Book Group and many more.

A select discography can be found here.

Outside the studio Garry is an established Sound Designer in Scottish Theatre and has vast experience on both large and small productions.

A cross section of past projects can be found here.

Get in touch at garry@garryboyle.com 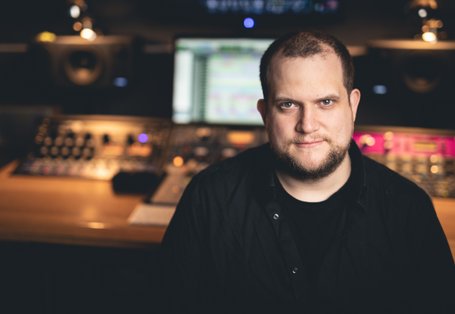